Check out some shots of Africa Media journalist, Thomas Morrell’s article in Riptide or read his piece below:

As the truck pulls up over the curb and onto the grass, you can hear Snoop Dogg and Wiz Khalifa on the radio, blaring through the closed windows of the grey Isuzu truck. As the two guys open the car doors and start grabbing their gear from the back, you’d never expect they were about to go bodyboarding. Sneakers have replaced flip flops, board shorts have been traded for pants and sweatshirts and winter hats have covered the rest. If it wasn’t for the sunglasses on their faces and bodyboards firmly placed under their arms, these two guys would seem more appropriate for a day in the snow rather than a day in the waves.

With their gear gathered and bags strapped securely around their backs, they begin their trek to the water, but this is no ordinary walk down the beach; in fact, it isn’t even a beach at all. Referred to by the locals as “Nowheres”, there is an isolated surfing spot at the bottom of the cliffs, somewhere along South Africa’s Southern Cape. To reach the waves however, poses a problem and tests the “risk-reward” notion to the fullest. From the top of the trail, one must endure a 50-metre climb down the steep and rocky cliffs, balance on uneasy stony ground, avoid meddlesome roots and thorns and do all this while carrying your gear and board.

As the group stands on the edge of the cliff looking down toward the water, finally realising what risks would have to be taken to reach that “perfect wave”, a casual, three-word phrase by one of the bodyboarders seems to put everyone in the right mindset. The sheer size of the cliff is intimidating, but his calmness and enthusiasm seems to put everyone at ease as he turns to us and says, “Let’s do it.”
A veteran of Nowheres, Wesley Holms, 30, said how bad it used to be in the early days of using the spot. “The worst times were in the beginning because we would never bring anything. No water, nothing. We would climb down, surf for three hours and climb back up with wet wetsuits. ”To understand the difference between each trip, Holms said it’s easy, “No one talks on the way up; never.”

The hike down the mountain is not to be taken lightly. From the moment one steps off the clearly defined path of the trail, there is a sense of unknown, as if you’re the first people to venture through this mysterious walkway. With bushes protruding in every direction and roots overgrowing the path, two hands are needed with every step. Uneven rocks push through the earth’s surface as if wanting to disrupt your flow and tree branches thrust into your skin almost guaranteeing a couple scratches.

Andre “Vlooi” Botha, a 20-year-old local summed the climb pretty well. “It’s a mission; a fat mission down the cliff, but sometimes it’s definitely worth it,” Botha said. “I was making a joke on the way down saying what if we make it all the way down here and the wind just turns offshore and we have to go all the way back up.”

As the group pushes forward, you cannot help but respect the first person to find the location. The spot itself was discovered more than 25 years ago by a semi-professional surfer named Wesley Oostuizen. A local legend along the Southern Cape, he was the first guy to make the trip down to the spot, dubbing the location “Nowheres” for future generations. In these regions the first to surf a wave is given right to name it and as you start the climb down without a house or person in sight, it becomes clear how fitting this spot’s name truly is.

You can see the waves crashing over the rocks as the trek continues, but the guys explain how that even changes during summer as well. There have been times where the friends have turned a session down here into a whole day trip or even weekend excursion of wave riding and relaxation, bringing beer and food and sleeping under a natural crevice in the rocks by the shore.

He warned about drinking too much whilst down here though, but not in the context most would expect. Besides the obvious safety issues associate with climbing and drinking, you are warned more against the hangover. Dehydration and a pounding headache are a bad combination when you add all-day surf sessions and sunlight.

In case it hasn’t been mentioned enough, it’s not a trail for the meek, but a steep cliff and a few jagged rocks are not enough to deter these local surfers and most surfers who know about the location seem to follow the same motto: “When there are waves, it’s worth it.” Despite the climb being physically demanding and exhausting at times, the group says it’s not the worst part. “It’s not even the walk back that is the worst, it’s the thinking about the walk back that kills you,” Botha said. “As you’re climbing down it’s not that bad until you realize you have to climb back up. My advice is to try and not think about it too much. Come down here and enjoy the waves and keep your mind focused on the reason you come down here in the first place.”

The dangers are obvious and the risks are present, but that is not going to prevent these guys from searching for the perfect wave. To find the waves, you have to get a little dirty and venture where most will shy away. It’s a surfer’s mentality and it’s a surfer’s lifestyle to risk it all for that one chance to experience the thrill. Sometimes the waves are easy to find, but to truly be passionate about your craft, you have to be willing to do something or go somewhere most will call crazy. You have to look everywhere, and at times, even nowhere.

Signup to our Alumni program here

Learn how to signup to our Affiliate Marketing program

For a sale to generate a commission to an affiliate, the customer must complete the order form and remit a non-refundable USD750 deposit payment for the product. Commissions will only be paid on sales that are made when the customer clicks through qualified, correctly structured affiliate links (individually supplied to each affiliate). Properly coded links are the sole responsibility of the affiliate. Commissions can be viewed on the Affiliate Dashboard.

Payments to affiliates will only be made following requests by affiliates via a formal portal that is accessible on the Affiliate dashboard. Affiliates are entitled to accumulate commissions and commissions will not expire.

An affiliate can request a payment when their balance reaches a minimum balance of $200 USD. Payments can be requested once every 30 days. Payment processing can take up to 5 working days from the date it was requested. There are two types of payments that can be made in the affiliate program

Method 1. Payment into the affiliate PayPal account (as determined by email address supplied by an affiliate). Any fee applied by PayPal will be for the affiliate account.

Methods 2. Affiliates can transfer due commissions to their outstanding account with Africa Media. This is typically used to offset costs of upcoming participation of the affiliate in an Africa Media experiential learning program.

In the event a customer requests and secures a refund for a transaction for which the affiliate has earned commissions, any commissions earned on the refund amount will be deducted from the affiliate’s balance.

Affiliates are permitted to use the Africa Media brand and marketing resources available in the affiliates section of the Affiliate Program. Logos and other assets cannot be modified. The affiliate does not gain any trademark, copyright or any other rights to these materials.

The affiliate will never represent themselves, Africa Media or their relationship with Africa Media in a false or misleading way.

The affiliate will not engage in the distribution of an unsolicited bulk email (spam) mentioning or referencing Africa Media.

Both parties have the right to terminate the agreement immediately without prior notice.

If the affiliate terminates the agreement, no further commissions from Africa Media will be paid for any past or future customer transactions.

If Africa Media chooses to terminate the agreement, any balance greater, or equal to $200 USD will be paid to the affiliate within 60 days of termination. Balances that are smaller than $200 will be forfeited.

This agreement shall be governed, construed, and enforced in accordance with the laws of South Africa, without regard to its conflict of laws rules.

All claims and disputes arising under or relating to this agreement are to be settled by binding arbitration in South Africa. An award of arbitration may be confirmed in a court of competent jurisdiction.

We may modify any of the terms and conditions within this agreement at any time and at our sole discretion. These modifications may include, but are not limited to changes in the scope of available commissions, commission schedules, payment procedures and Affiliate Program rules.

Please submit the below for any assistance concerning our affiliate program. The appropriate person will repond soonest

Please allow us three working days to process your application and supply a coupon code. If you have been waiting longer than 3 working days, please email us here 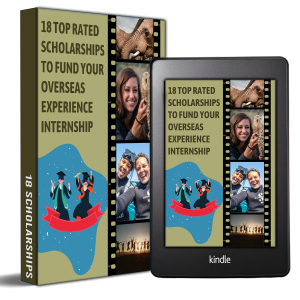 Let us know where to send additional funding opportunities whilst you download these 18 top scholarships for experiential travel adventures!

Let us know where to send additional funding opportunities whilst you download these 40 proven fundraising ideas for financing your next experiential travel adventure!

Thank you for your interest in our experiential training programs. Please submit the form and we will connect with you soonest!

Thank you for your interest in Africa Media. Please email us via the form and we will connect with you soonest!